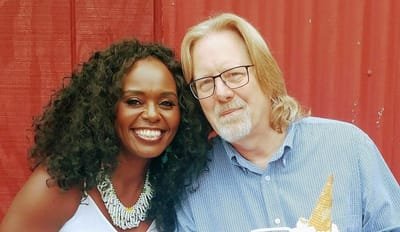 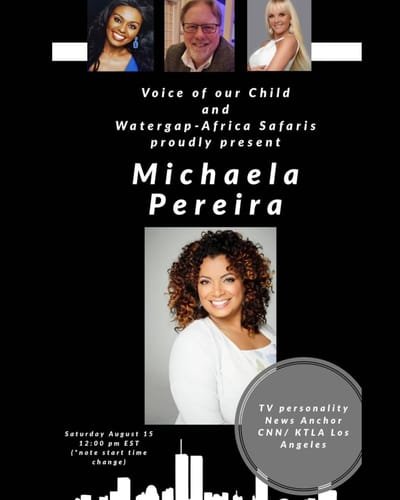 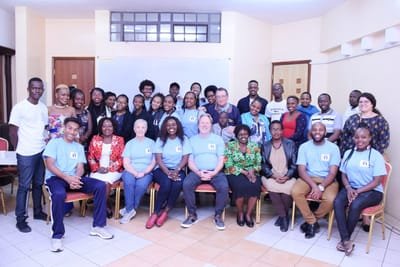 It’s not every day that you get a noted international speaker, media personality and humanitarian as your mentor, let alone one who holds a PhD in Social Work, a BSc Computer Engineering, and is a three-time Mrs. Kenya World titleholder and Mrs. Pennslyvania 2018 but that’s exactly what Caroline Verkaik provides.

Caroline founded the mentorship program Voice of Our Child for 6 to younger adults with the commitment of reducing the rate of depression and suicide. Voice Of Our Child was birthed through Caroline’s own pain and shock after her eldest daughter battled depression and suicidal idealization and Caroline and her husband David missed out on all the signs. Their daughter had no idea there was a name to what she was feeling until she went to college. Upon founding Voice of Our Child, Caroline said, "I become a mother and a wife on a mission: no parent would miss out on the signs of depression like I did, and no child would suffer in silence".

Voice of Our Child serves kids in the US, and globally through weekly zoom summits from 10:30 am to 12:15 pm it's crowning achievement is the sponsored international travel to Kenya for a few lucky teens, where the teens perform humanitarian work. The teens find engaging in the humanitarian work informative, it not only takes them out of their comfort zone in a safe, supervised way, but as they help others, they develop self-confidence and a sense of self-pride that gives the teens a new lease on life. Added to that, the trips offer a rare opportunity for the teens to experience a different culture that opens their mind to experiences and develop a greater appreciation of the life they have, compared to those in a developing country like Kenya.

Not only do the American teens benefit; the children in Kenya benefit from the life skills program and syllabus offered by Voice of Our Child in person, through zoom podcasts, from the new global friendships and the deeply-needed gift of school supplies brought to them by the visiting teens from the US.

Born and raised in Kenya, Caroline moved to the United States in 1995 .She married her husband David in 2002, and together they have six teenage children. Caroline has been featured in many media outlets below is just a few of them.
In 2017 She received a citation from the US House of Senate as the most Influential person of the year.
2016 She was named among the top 50 women business leaders of the World during a WLIN held in Vietnam and attended by over 3000 business women from around the World.
Her awards and certificates are countless steaming all the way from grade 3 to now.
-Best behaved student in high school.
-School president in pre university.
-employee of the month.
-Worked for Warren buffet and was recognized as the most outstanding flight attendant of the year 2000.
-Third and fourth runner up at the Mrs.World pageants held in St Petersburg Russia and Sochi Russia.
Despite all her achievements her humility and service to others is undeniable. She claims that she was born to be a voice for others God helping her.